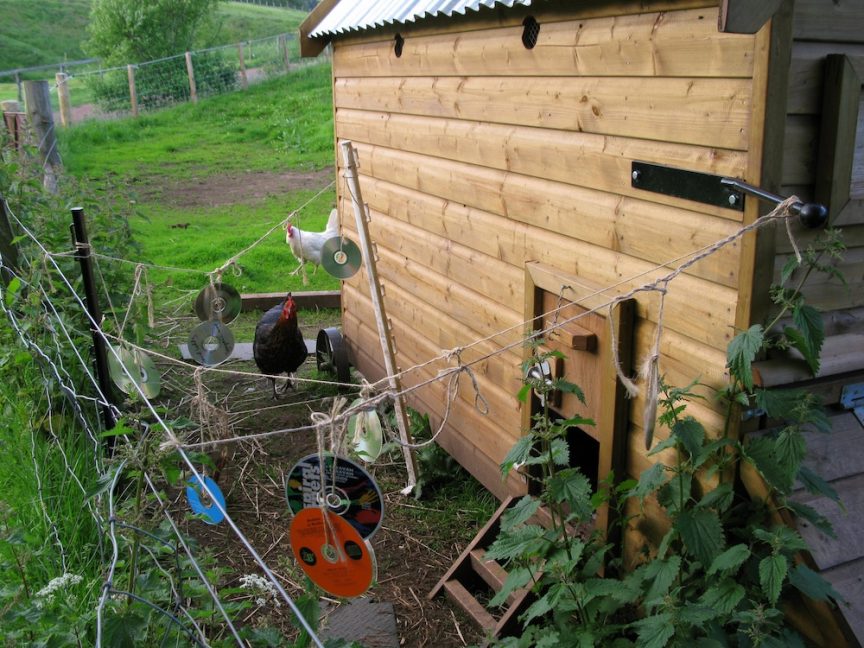 We thought we had an ‘egg eater’; that unfortunate problem where a hen gets a taste for eggs and destroys and eats them as they are laid in the nest boxes. Our egg yield was suffering, so Colin undertook a few long vigils to identify the culprit.

After some frustrating cases of mistaken identity, at last the perpetrators were found. Two crows hopped out of the pophole with our hens’ eggs in their beaks!

Colin needed a scarecrow and mine wasn’t proving to be very scary in the kitchen garden, so he decided to use the tried and tested method of old CDs on string to create light and movement that would frighten the crows. Some old 90’s house and dance music CDs seem to have done the trick! The crows have stopped, the egg yield has returned to normal and the hens don’t seem in the least bit bothered by their strange mobile.