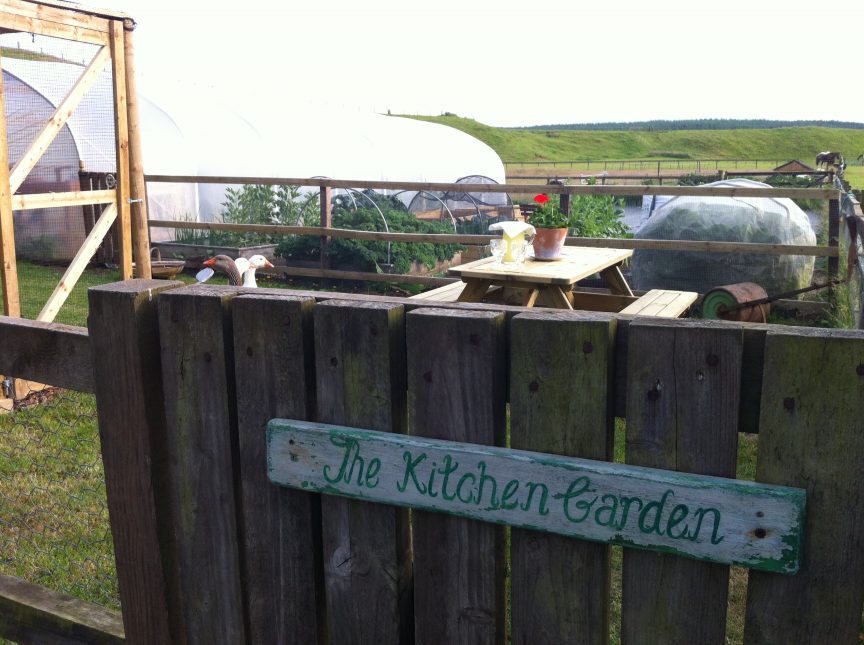 When we moved here, we brought two established blackcurrant bushes from Colin’s old allotment near Glasgow’s Botanic Gardens with us, and despite being moved location a number of times since their arrival to The Lint Mill, they have survived.  Sadly, their berries rarely do as the birds always manage to harvest before us!

Just like the rest of the Kitchen Garden, our battle was to claim an area of the paddock from the weeds to plant the bushes and then to net the area from the birds.  A soft fruit cage was to be the solution!  We did a fair amount of internet searching to work out the design and decided on a simple, utilitarian design to be built out of rustic timber.

We marked out the area last winter and put weed suppressing fabric down to start the job.  However, the land behind the hay barn was very uneven and we didn’t want to leave space for the giant nettles and thistles to grow back behind the cage, so a great deal of digging out and levelling was required. 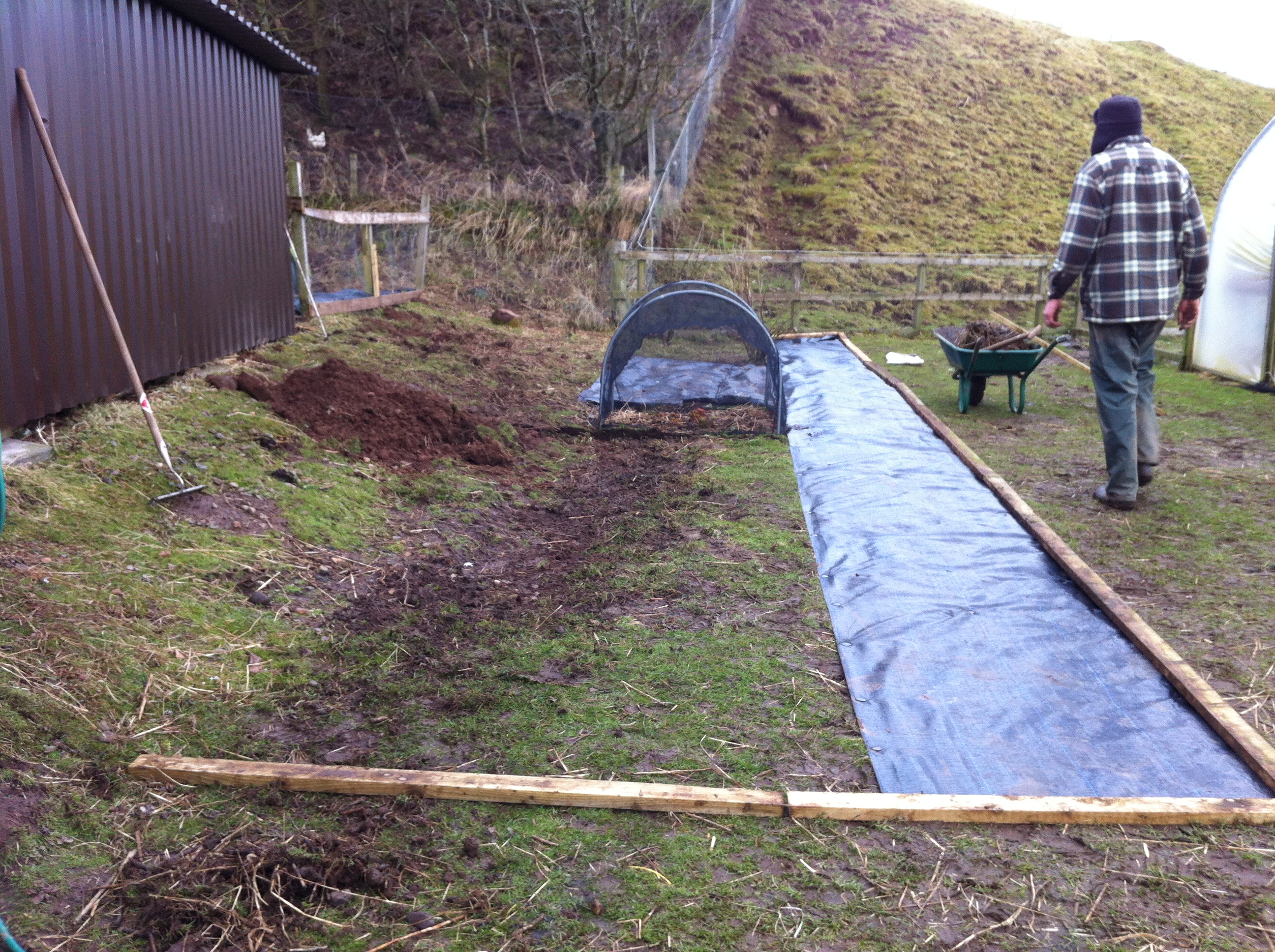 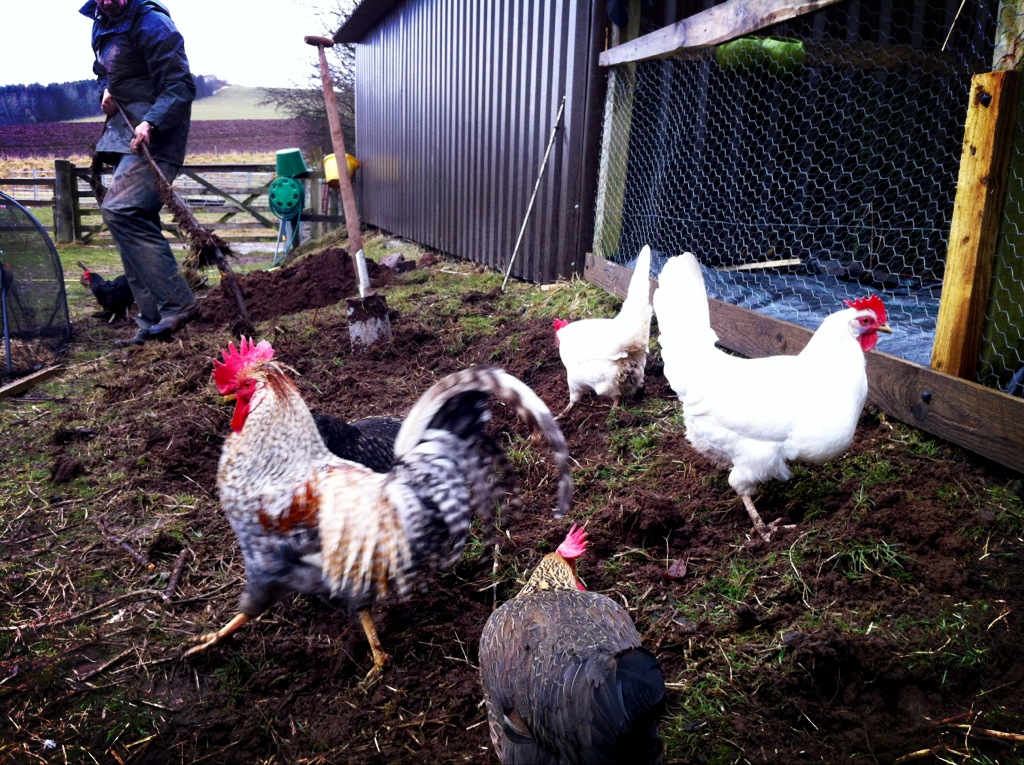 The area was dug, leveled, and covered.  The wood was ordered but the ground was too cold to drive the upright posts in.  So, we decided to leave building until spring but planted our bare root fruit bushes in position. 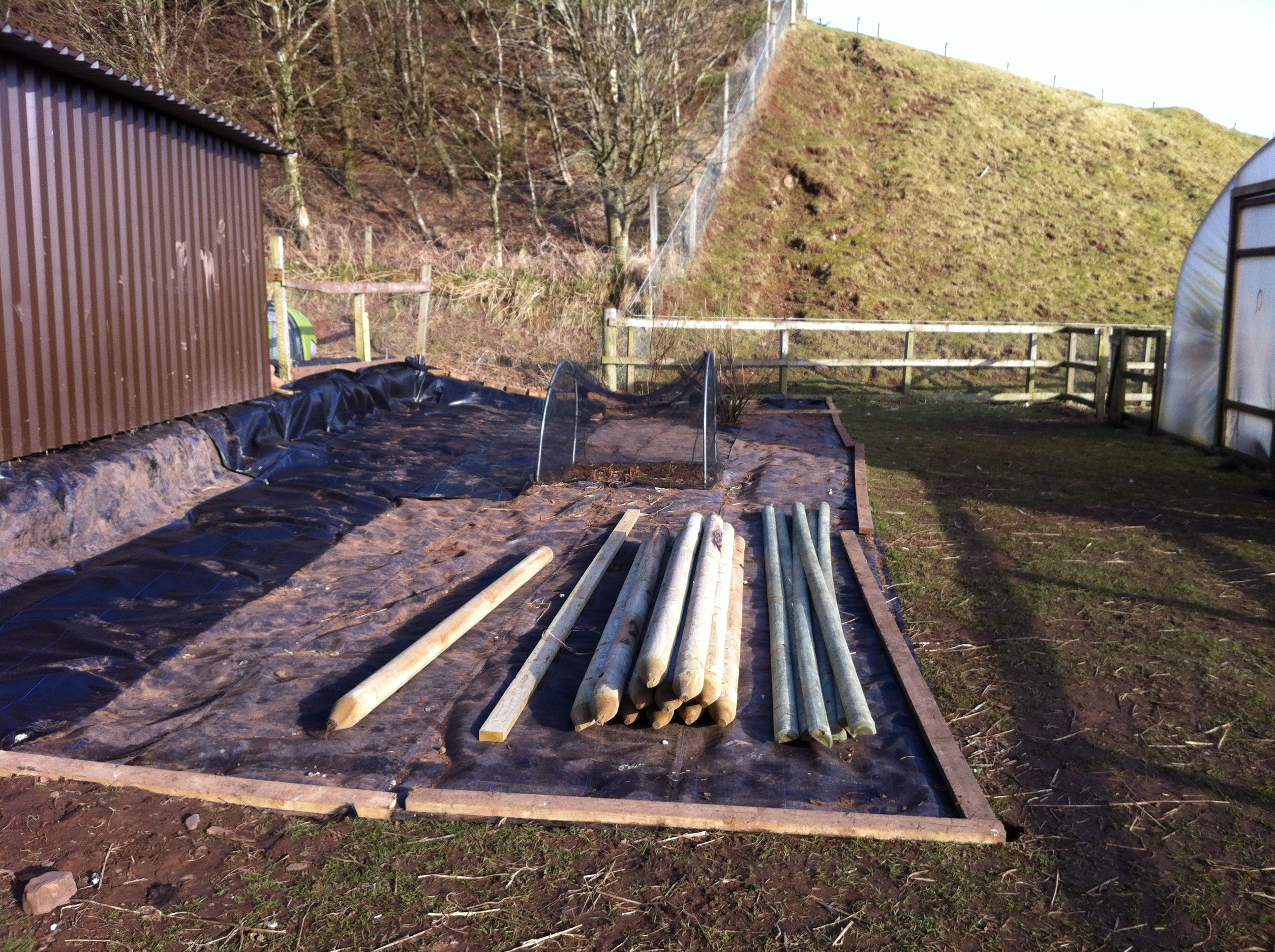 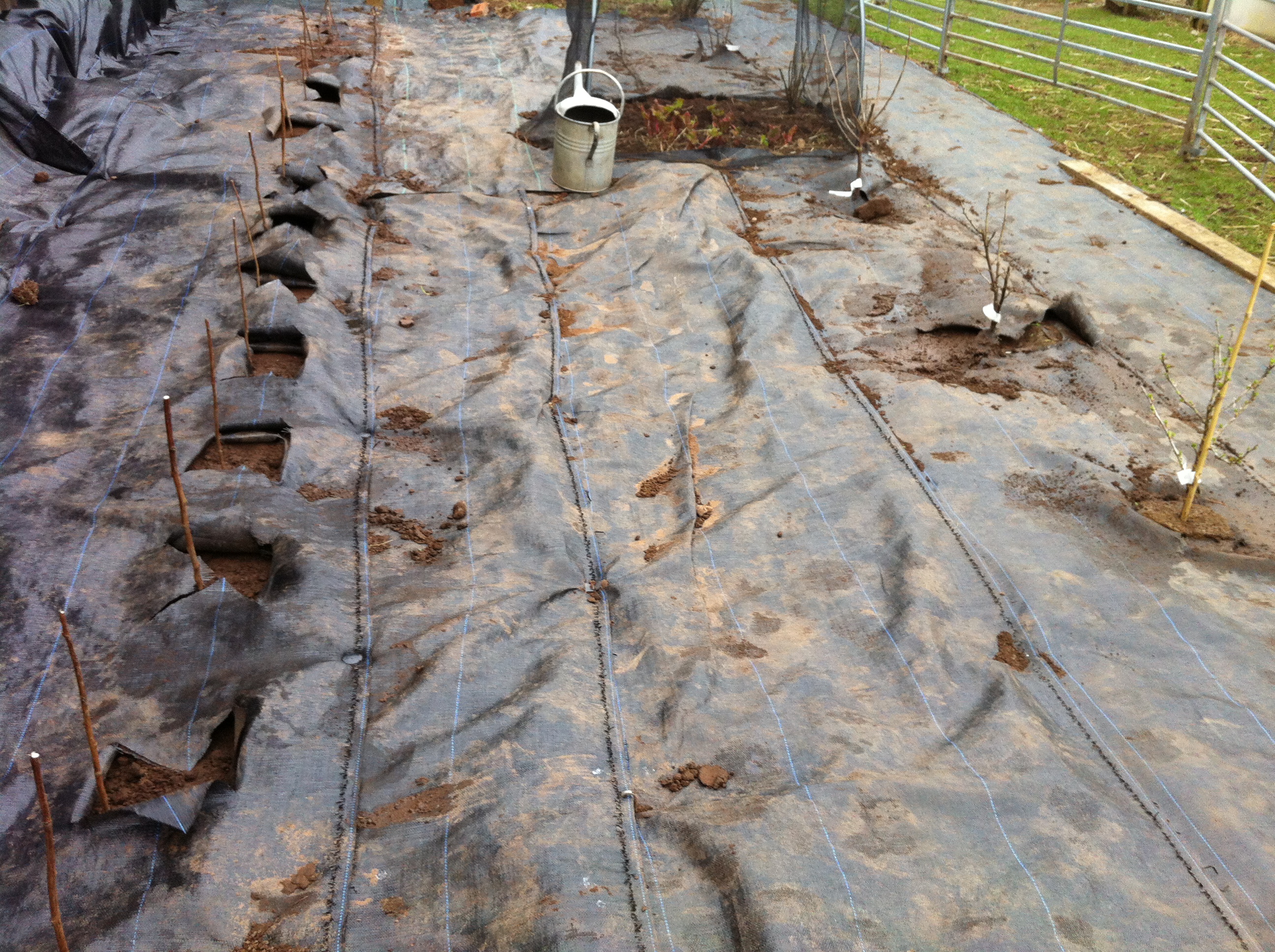 Spring was a long time coming in 2013 and it stayed unseasonably cold long after Easter.  Eventually, the sun began to shine and building began.

First the timber frame…followed by the side netting… 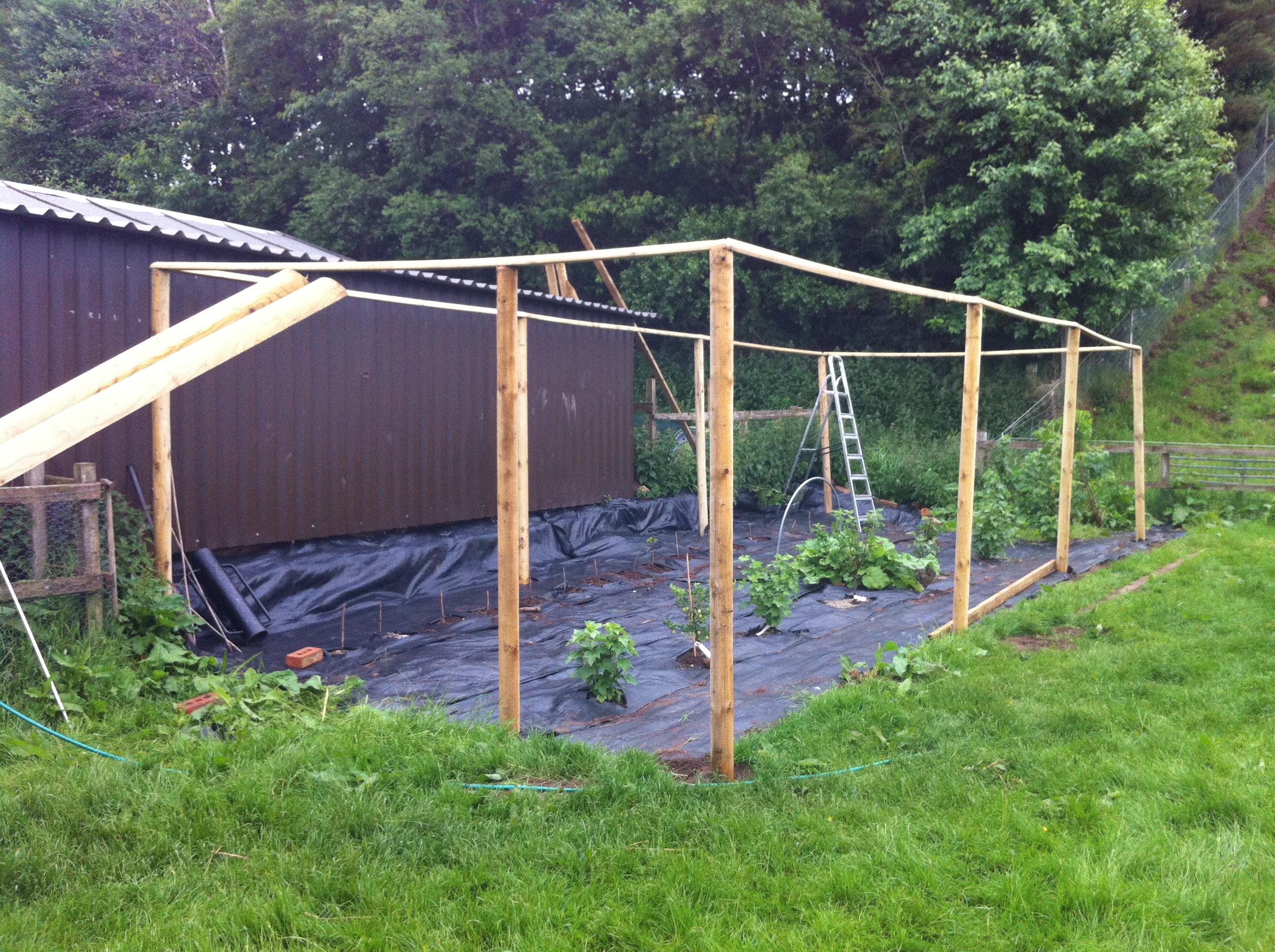 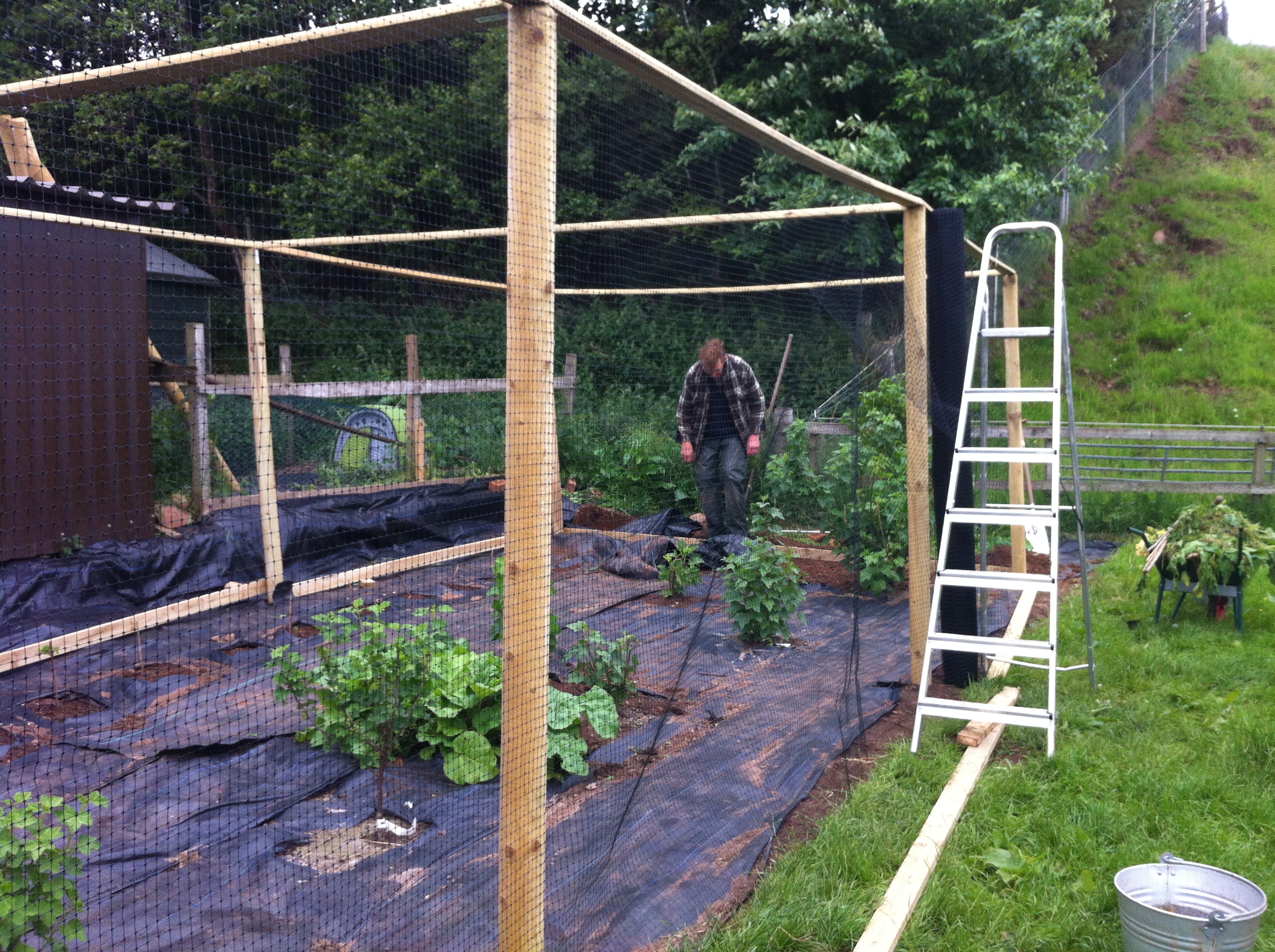 …then the softer roof netting, secured with special clips to enable easy removal in winter (it would not withstand the weight of the snow)…then the bark mulch to complete the job. 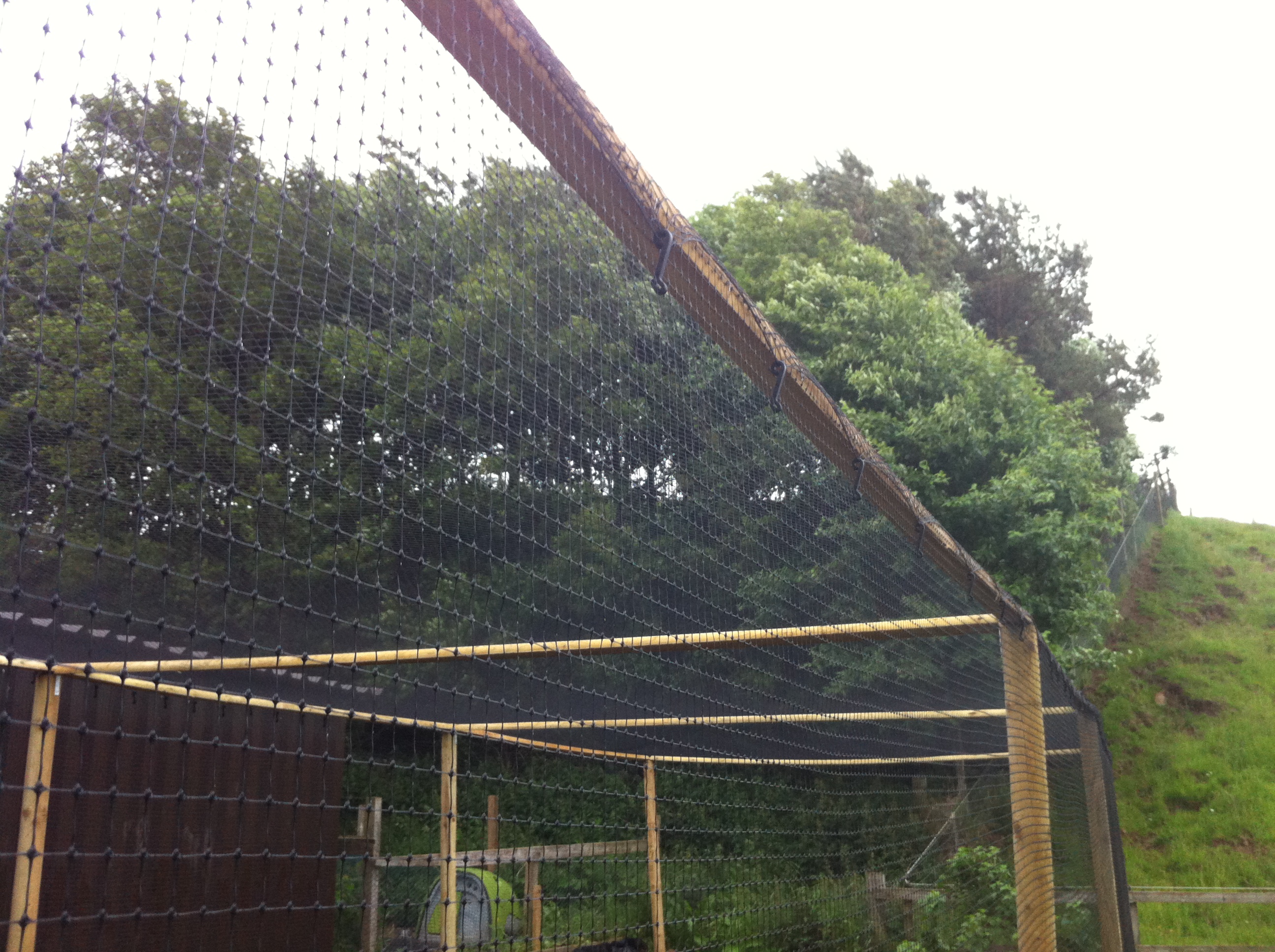 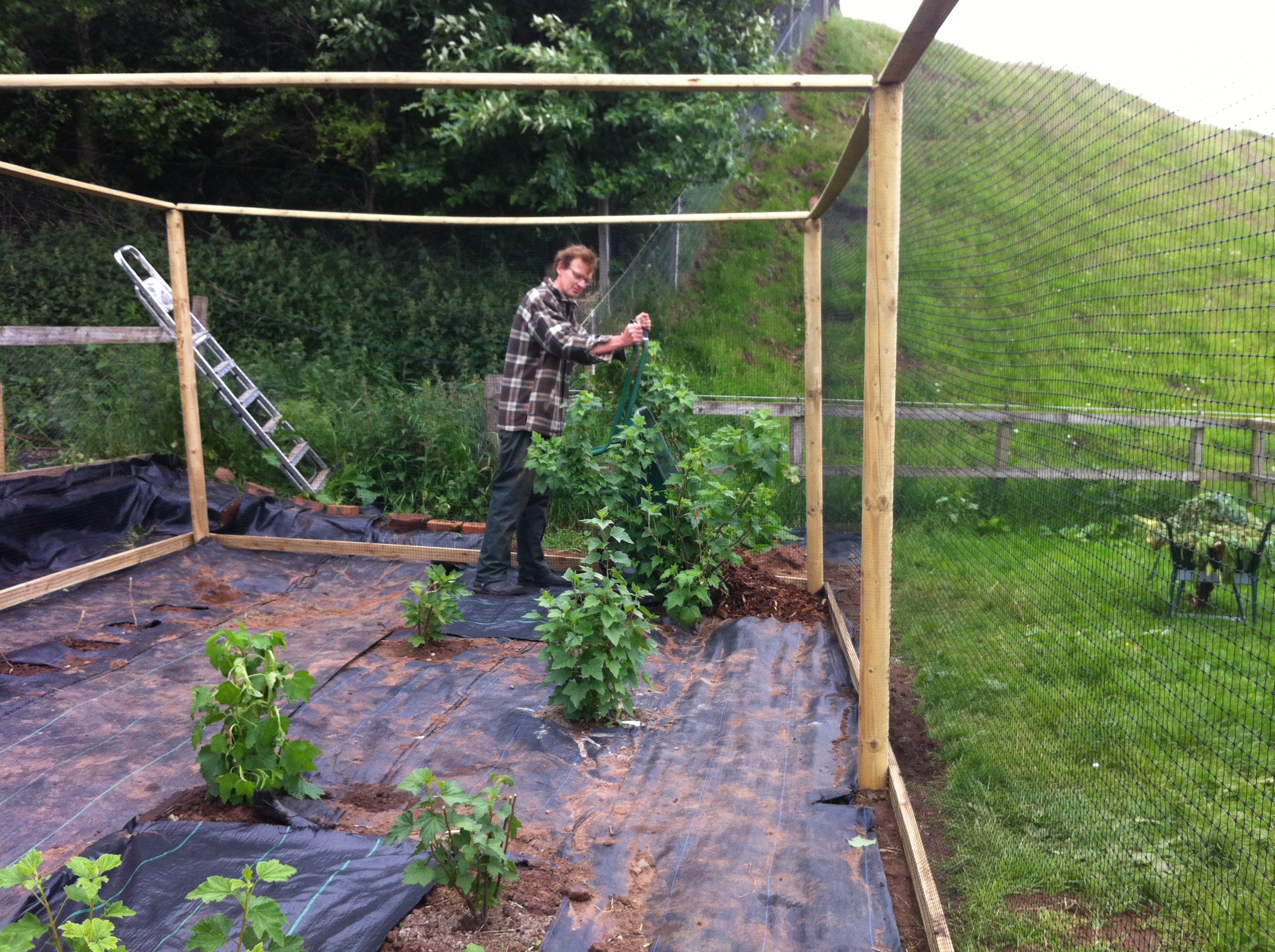 We’re delighted with the result.  It’s a big walk-in structure that will house a collection of raspberries and soft fruit bushes as they grow and mature.

All that was required now was a place to sit to admire our ever evolving kitchen garden and enjoy homemade lemonade in the summer sun.  Now, where will I grow those lemon trees…I need an Orangery! 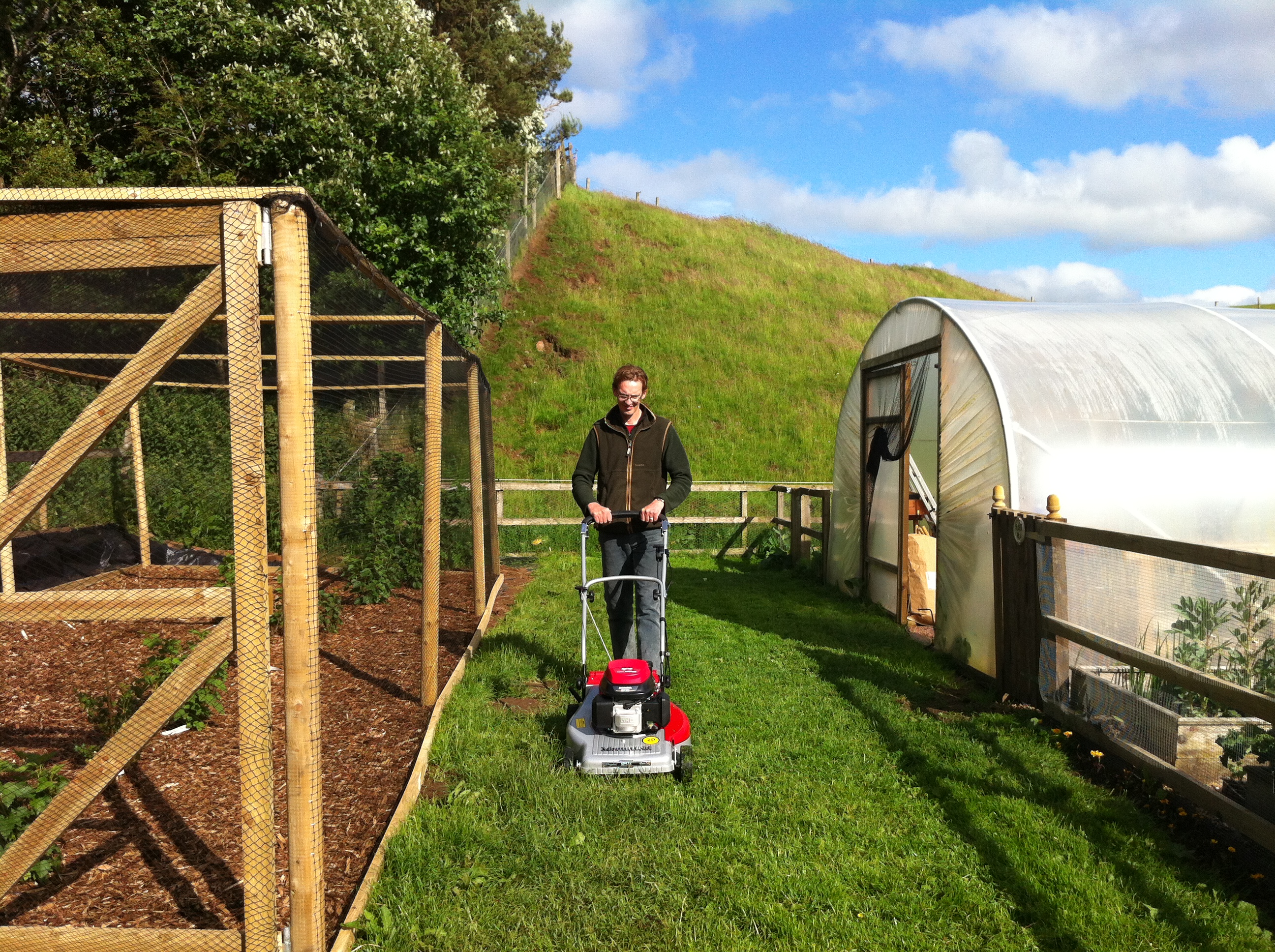 The ‘we’ in this story are Colin and I, ably supervised and assisted by my DIY expert sister Tracey!