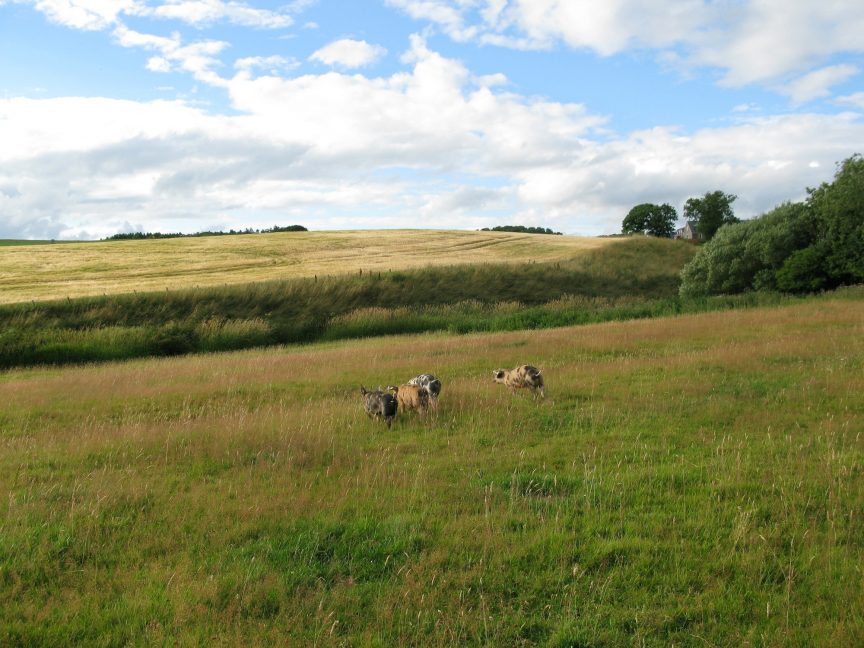 One of the predictable things about animals is that they are completely unpredictable!

This is our third year raising Oxford Sandy and Black pigs and we were starting to think that we knew a thing or two about pig keeping.  We were all organized for the 4th August, the day we were to make our annual visit to Ardunnan Farm to collect the 4 weaners.  The organic pig feed from Vitrition had been delivered, our local greengrocer The Orchard in Biggar was geared up for us to begin collecting their waste fruit and veg and the electric fence was in place.

Now, keeping pigs in a pig pen with electric fencing is very efficient, pigs being perfectly designed to conduct electricity with flat, wet noses!  Commercial breeders place two electric wires at 25 and 45cm from the ground and as our OSBs are smaller than commercial breeds, we placed our wire at 20 and 40cm.

We brought the pigs home and we were excited to put them into their large, newly fenced area.  We were sure they would be delighted to snuffle away here, eating grass, nibbling roots and having plenty of space to run around.  They took a little look around, one of them approached the fence, got a shock and they all took fright and bolted through the fence!  All we could see were four little bottoms disappearing over the river paddock!  We have no experience of pig herding but needs must and we herded the little weaners until they ran back through the fence.  This happened twice more, so we had to sit down and work out what we were going to do next.  By this time the pigs were sleeping in their house after all their adventures.

We tried to work out what was happening and why we had never had this problem before.  The weaners were younger than usual this year, eight weeks as opposed to the usual twelve and so we guessed that they hadn’t really been electric fence trained, especially away from the security of their mummy!  So we penned them in with sheep hurdles around the pig house with the electric wire erected temporarily in front of the hurdles on polyposts.  Now there was a physical barrier to train the pigs to respect the electric fence, so it becomes a useful psychological barrier.  Two little wires would never keep a pig in, but once they respect it they stay right where you want them.

So, that’s where we’re up to with the weaners – they are being electric fence trained!  There have been no further escapes so far, and hopefully they will be out in their lovely big space in no time, after all pigs are smart and quick learners. 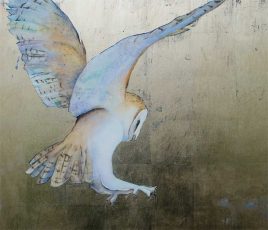