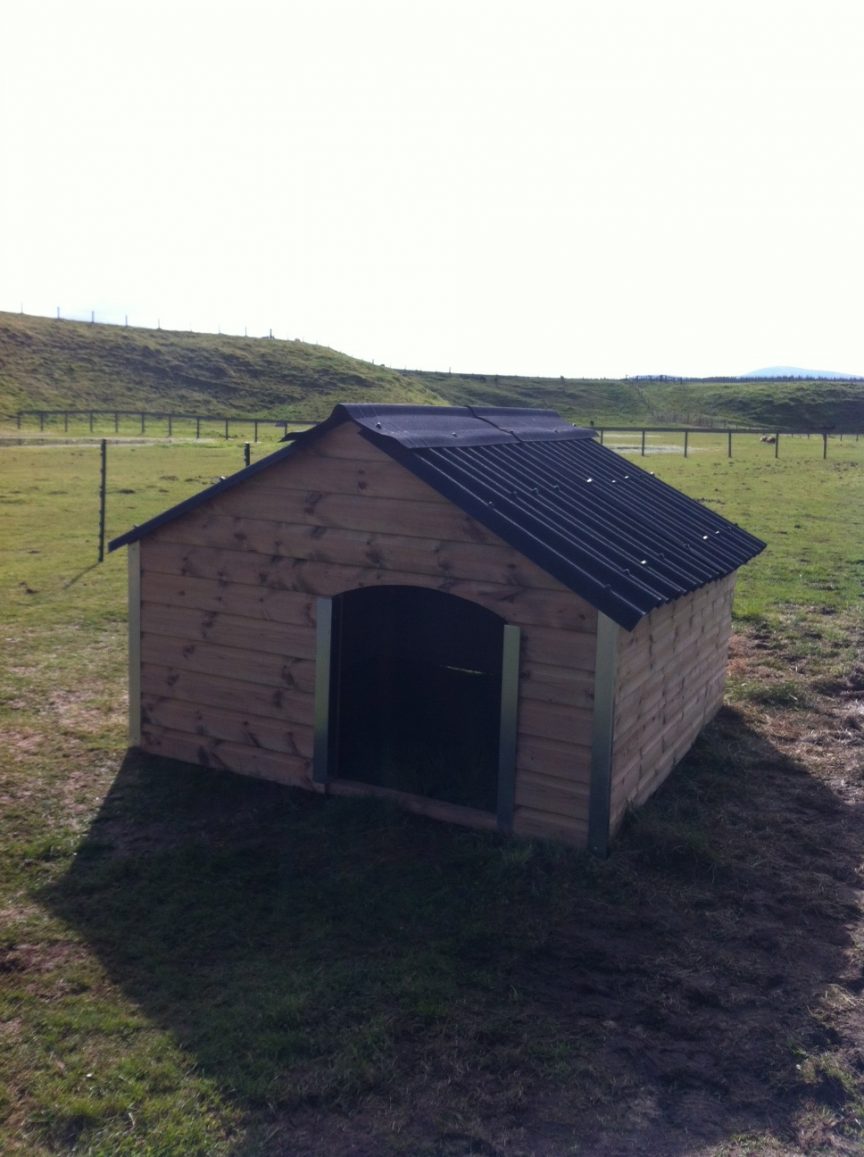 Today we put the new pig house together.  It’s quite big and at 6′ x 6′ it’s enough to raise four weaners to pork and bacon weight.  It was warm in the sun when we were building it.  Fortunately, we had my DIY enthusiast sister and many of her tools to help us (thank you Tracey)!  The house is well made but the assembly would definitely have been made easier by the provision of some pre-drilled holes in the wood to help fit the panels together. Nonetheless, two hours later (having been fortified by some delicious home-cured bacon in freshly-baked bread!) the house was sitting in the paddock.  We will next erect the electric fencing, position the feed and water troughs and then we’ll be ready for piggy 3, piggy 4, piggy 5 and piggy 6 who arrive next weekend!