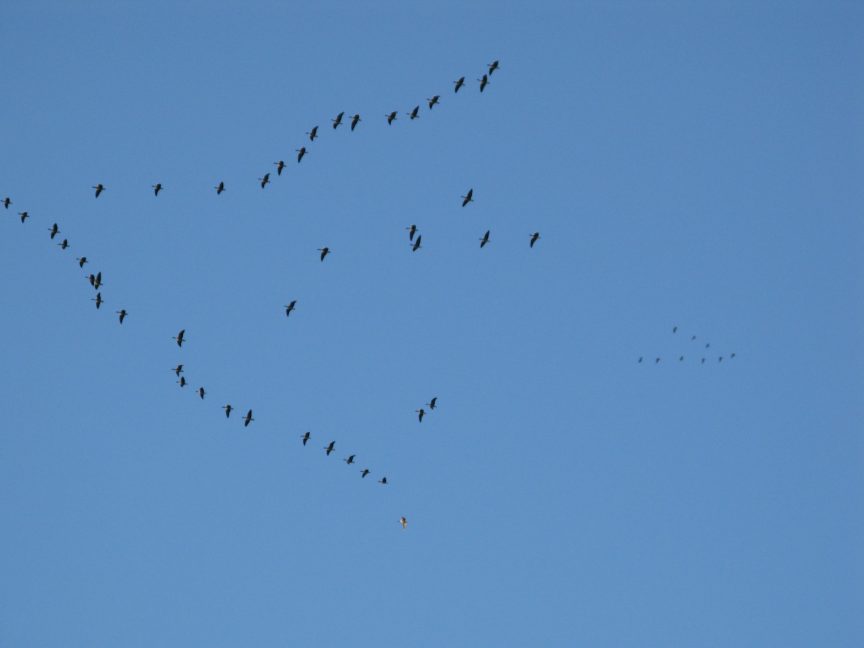 We have lived at The Lint Mill for three years today.

The 1st October is our anniversary and our ‘new year’.  The 1st January feels much more arbitrary in our house.

The last of the swallows nesting in our stables have gone but now every evening thousands of pink-footed geese fly over our home in noisy battalions.  Every year, in early autumn, they migrate from their breeding grounds in Iceland and Greenland to spend the milder winter in Scotland.  Their early morning fly past to their feeding grounds and their early evening return to their roosting site is a wondrous and noisy twice-daily spectacle.  At no other point of the year am I so acutely aware of the earth turning and the seasons changing.

Our thinking and talking today is of the last three years, the amazing learning curve that surviving and thriving on this land has been.  We reflect on where we have come from, how far we have travelled to be in this place today, the lessons we have learned along the way, of those who have helped us in our journey and on what we have still to learn and understand.

I think of our noisy visiting geese and remember my friend Eric drawing my attention to “Lessons from Geese” which was transcribed from a speech given by Angeles Arrien at the 1991 Organizational Development Network (based on the work of Milton Olson).  Today, I am particularly struck by lesson five which is as follows:

When a goose gets sick, wounded or shot down, two geese drop out of formation and follow it down to help and protect it. They stay until it dies or can fly again. Then they launch out with another formation or catch up with the flock.  If we have as much sense as geese, we will stand by each other in difficult times as well as when we are strong.

Thankfully, we have many friends who have the sense of geese.  Happy Anniversary The Lint Mill.