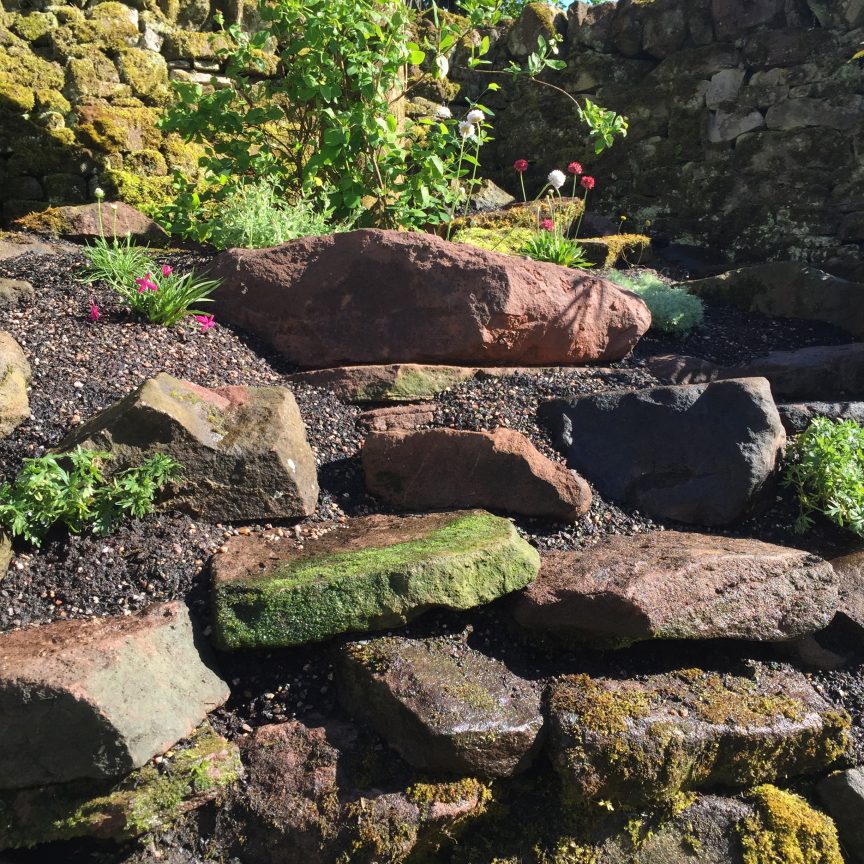 Inspired by our friends at Wester Gladstone who have the most extraordinary and beautiful rock garden filled with alpines and species plants, we decided to create a rock garden of our own in a corner of our cottage garden. This particular corner has always been problematic, as apart from a spectacular peony, nothing much has survived here. Each time we dug the trowel into the soil to plant something we hit stony ground. So we decided to try to work with nature instead of against it and add more rocks to create a habitat for a small collection of alpines and species plants. Alpines originate from high altitude regions, above the ‘tree line’. There is good drainage and usually cold, dry winters, with high light levels. So armed with a little research we began.

We first cleared the area (approximately 3m x 3m) and transplanted the Alchemilla Mollis and Geranium to another part of the garden. We planned to leave the majestic peony remains in the corner as it seems to love this spot and it was the very first plant we put into our cottage garden. It’s deep magenta red could be picked up in the colour scheme of the planting. The pretty honeysuckle winding its way up the ash tree will also be left in place.

Colin then began collecting rocks from around the smallholding…rocks, rocks and more rocks! There is no shortage of rock here and the ones we selected were largely the same kind of weathered sandstone that the drystone wall is made of.

Placing the rocks was much harder than expected to get the natural look we were aiming for. It’s important that the strata is all lying in the same direction with the tops of the flatter rocks slanting backwards slightly. Just when we thought we’d got enough rocks, we’d spot unpleasing gaps and realised we needed still more. It was turning into a much more substantial project than we’d imagined.

When all the rocks were in place we added the compost and grit mixture. Then came the excitement of the first plants being positioned. I had to expand my colour palette because there are so few true red alpine plants. So like the yellow stamens in the red peony and the yellow honeysuckle blushed with pink, I’m using red, deep pinks, yellow and a touch of white in the planting.

We are delighted with the finished result and think our new rock garden is looking beautiful. We hope we’ve created optimum conditions for the alpine plants to thrive. Time will tell how successful we’ve been!

Here are pictures of the process from start to finish (a week’s work on and off): 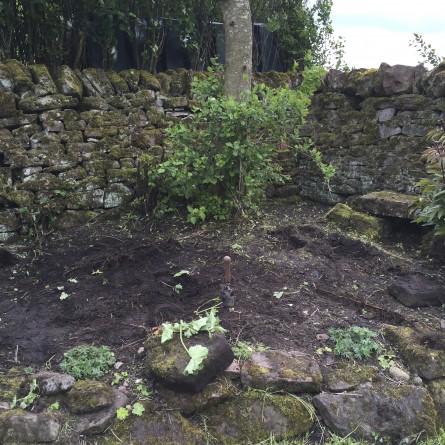 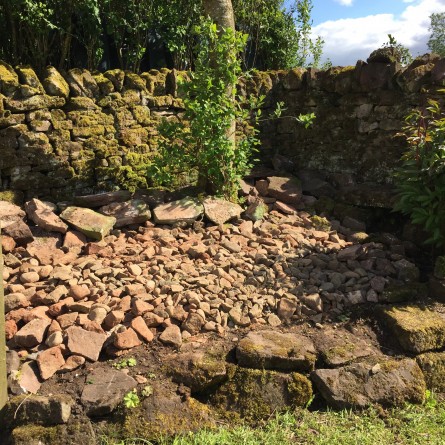 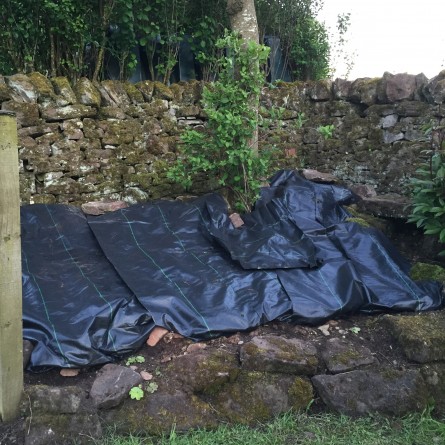 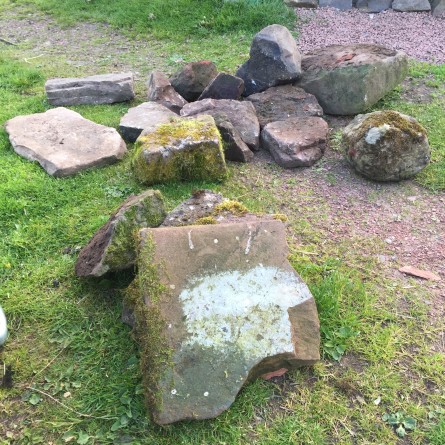 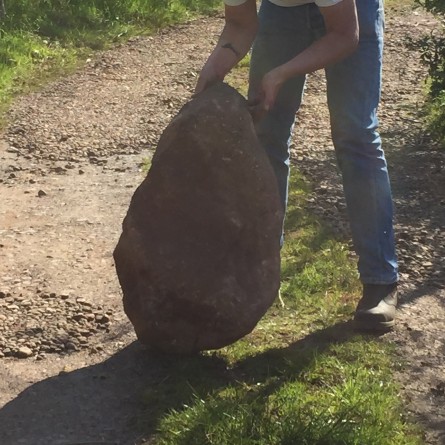 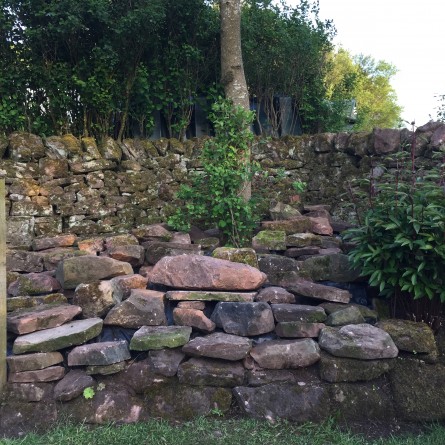 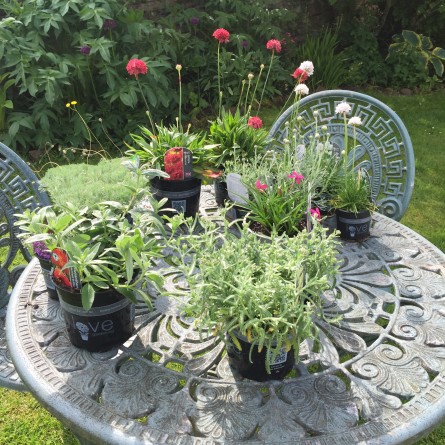 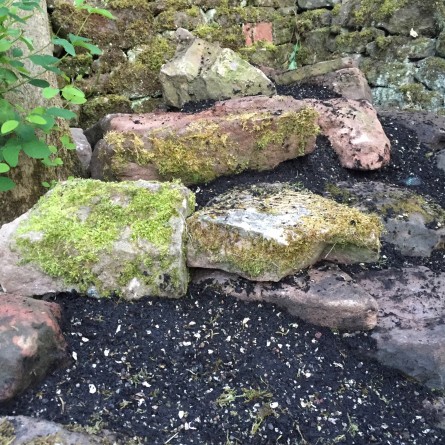 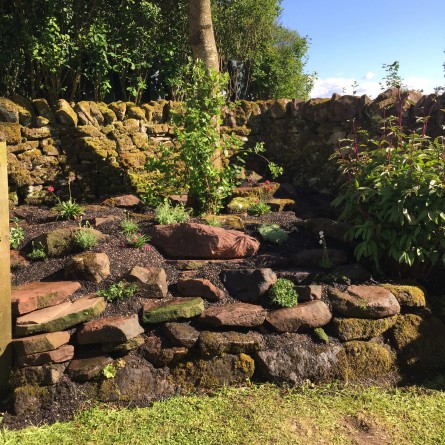