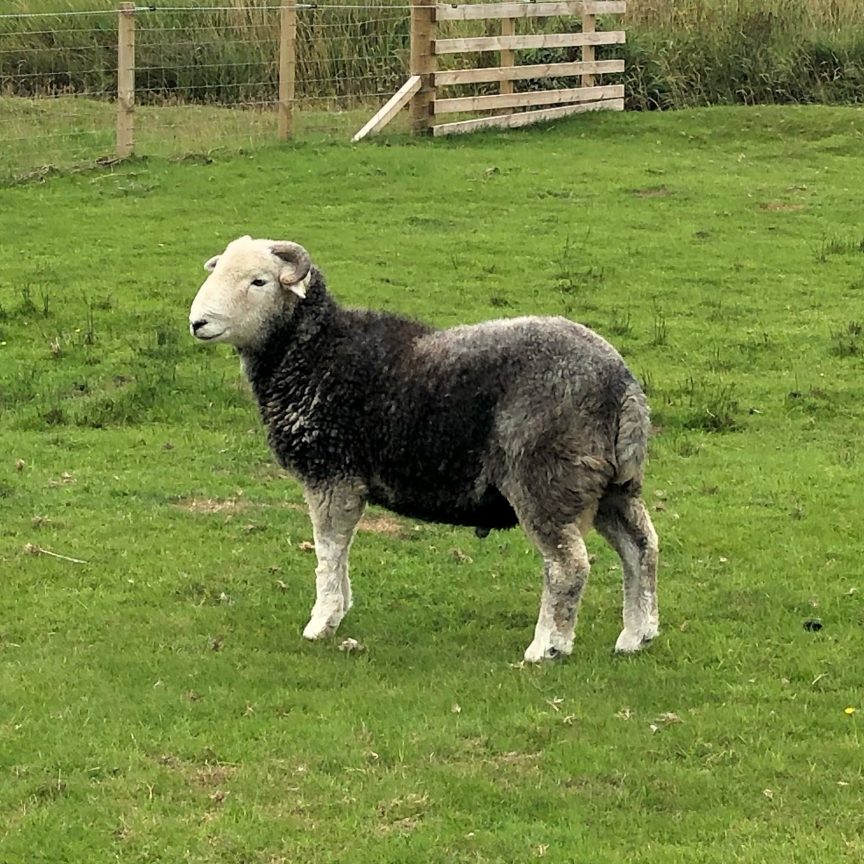 Earlier this year we bought Herbert the Herdwick tup from our friends in Lockerbie who breed lovely Herdwick sheep. We planned for Herbert to be what is known as a ‘terminal sire’. In other words, his progeny would not be used for breeding themselves, so he represents the end of the breeding line.

We wanted to use Herbert on some of our Soay ewes. As it states on the Rare Breeds Survival Trust Soay page, “The Soay is generally slaughtered as hogget or mutton as the lambs lack size. A carcase of around 12-13kg can be achieved at a year old. Putting a ram of a Down breed on the Soay will produce a faster growing lamb and a carcase of around 15kg. Although the purebred Soay grades poorly the meat is known for an unusual flavour typical of the primitive breeds and with marketing can command a premium.”

We love our Soay sheep and most of our breeding is to preserve this rare breed and to sell stock to other breeders – all our stock is fully organic and registered in the combined flock book. We do slaughter some each year (at no younger than 18 months) as the meat is a delicious rare breed delicacy. However, the carcase size means that each year we only have enough meat to feed ourselves and our bed and breakfast guests. Often guests and friends ask to buy a lamb as they appreciate how they are reared and cared for on our organic smallholding. Increasingly we haven’t been able to sell any lamb because we simply don’t breed enough.

Cue Herbert the terminal sire. The Herdwick is an upland breed, is hardy and used to living on the hill so it’s a good breed match for our Soay sheep. Using Herbert with some of our Soay ewes has meant that we have had bigger lambs than usual. Seeing the Soay lambs and the Herdwick cross lambs running side-by-side, it is easy to see the difference in size.

We usually let our lambs self wean, in other words, when the mums get sick of the babies they simply kick them off the teat. However, with this year’s big babies we decided to wean the lambs. This is to allow the ewes to put on condition in the next few months to prepare for tupping again in the autumn (we don’t put the tup in until late November in order to lamb in late April, early May). We separated them all yesterday and we must have timed it just right as often this separation of ewes and lambs can lead to a few fretful days of noisy bleating.

On this occasion, the ewes ran to their new pasture without so much as a backward glance and it’s really been very quiet since. The lambs will probably lose a little condition over the next week as they are no longer taking any milk but will soon regain weight on their rich grassy pasture out of sight of their mums.

We will see how the Soay x Herdwick lambs grow and hopefully we will have lamb for sale this autumn. 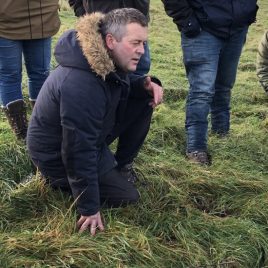